Isaiah 40:11 He shall feed his flock like a shepherd: he shall gather the lambs with his arm, and carry them in his bosom, and shall gently lead those that are with young. King James Version (KJV)

Adding Colored Wool Back into the Finnsheep Flock 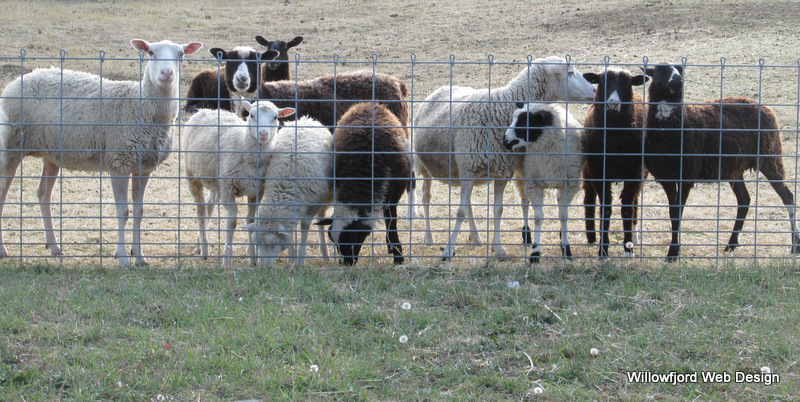 A Professional Shearer, Martin Dibble, will be available to shear your small flock of Sheep or Angora Goats at $6 per ewe - $7 per ram or goat animal.

There will also be Demos on Skirting and on Fiber Prep for Processing as well as Felting and Spinning.

We are presently reserving time slots on April 12th. The cost to reserve your time slot is $15 prepaid with the completed form below.

We ask that you keep your animals dry (under cover if weather demands) and withhold feed the morning of the shearing. This makes for a much less stressful experience for your animals. Remember to bring bags to put your fleece in and cash to pay the shearer.

We have a covered holding pen to maintain your fleece dryness. Your animals will be kept separate from other flocks as we will only have one flock at a time in the holding/shearing area. Please bring adequate help to load and unload your animals from your truck/trailer. We ask that you arrive at least 15 minutes before your scheduled time so we can stay on schedule with all the loading and unloading etc...

To reserve your time slot we will need to collect from you $15 payable by check or pay-pal and the following information:

Are they a down or wool breed?

Feel free to call 509-276-7160 or email solacefarmfiber@yahoo.com with any questions. We look forward to seeing you and having a day filled with fiber and

Factors that could increase the risk of vaginal prolapses in ewes 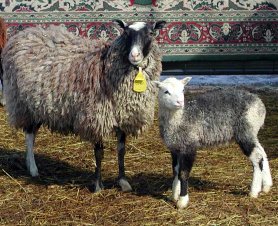 Genetics appears sometimes involved as some breeds can be more susceptible, and also some individual breeding lines can seem at particular risk.

Vaginal prolapses can occur in ewes up to 55 days before lambing, but more commonly in the last four weeks of pregnancy, or shortly after lambing. An incidence of one per cent in flocks is common with some flocks experiencing rates of more than two per cent.

Vaginal prolapses increase the risk of ewe death but can also result in abortion/stillbirths, difficulty with lambing (dystocia) and new-born lamb deaths. The timing of cases seems to coincide with the relaxation and softening of the soft tissues and bones of the birth canal, initiated by hormone changes during late pregnancy.

Genetics appears sometimes involved as some breeds can be more susceptible, and also some individual breeding lines can seem at particular risk.

Suspected factors that could increase the risk of vaginal prolapse in ewes:

1.Fat deposits in the birth canal further slackening the soft tissues: both genetics and over-feeding could influence.

2.Hormone imbalance: thought to be genetically influenced in some cases. Mouldy feed might in some cases affect the hormone balance due to the presence of toxins that are similar in action to hormones.

4.A short docked tail: this may weaken the muscles/ligaments attaching to the tail bones. Legally tail docking must allow a tail length that will at least cover or is longer than the vulva of the ewe.

5.Lambing difficulties in the previous pregnancy.

6.Previous vaginal prolapse: 40 per cent of ewes will prolapse again in subsequent pregnancies.

Increased abdominal pressure is also believed to be a major causal factor in combination with one or some of the above factors:

1.Large pregnant uterus (womb): multiple foetuses within the uterus is associated with a much increased risk, suggested as a five times increased risk for twins and even up to eleven/twelve times the risk for triplet bearing ewes.

2.Large amounts of intra-abdominal fat: over-conditioned, over fed ewes. Particularly if the condition score is greater than four.

3.Rumen distension: from feeding bulky feeds, an excess of dietary fibre or gas build up secondary to acidosis/grain over-load.

Other suggested predisposing factors in some flocks include:Lack of exercise: prolapses occur more commonly in housed than outdoor flocks, longer periods lying down may also influence.

Lying on steep slopes: sheep tend to lie with the head uphill and gravity may encourage a prolapse in some cases.

Develop a plan with your veterinary surgeon to reduce the risk of vaginal prolapse to the minimum.

Tubing a Lamb or kid 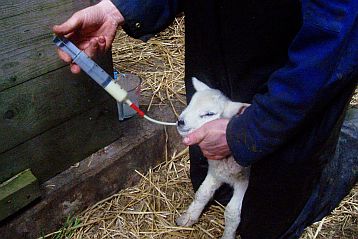 One of the most important skills for a shepherd to master is tubing. Dr. Susan Kerr has written an excellent fact sheet on tubing neonatal small ruminants. You can download the full Fact sheet here: http://cru.cahe.wsu.edu/CEPublications/eb1998/eb1998.pdf 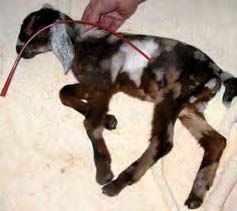 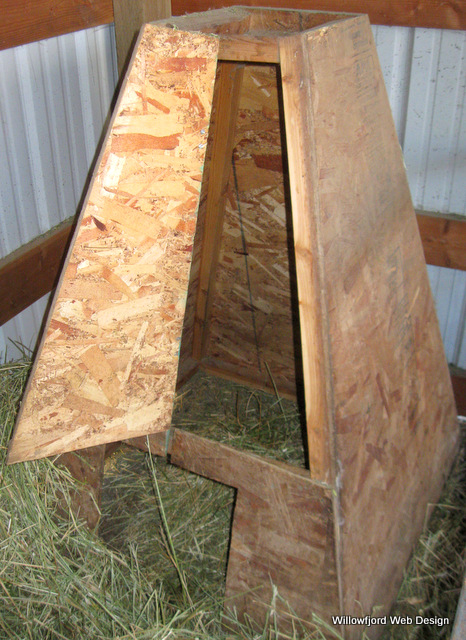 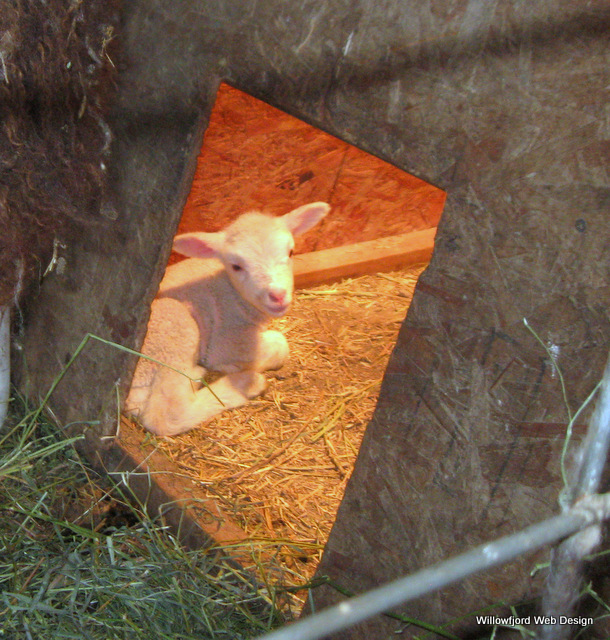 We have these in our lambing jugs during January and February lambing:

Cutting Pattern as shown in Diagram:

Always remember to put the screws in from the plywood side through to the 2x2 framing.

1. Measure the long sides of the two triangles and cut 4 pieces of 2x2 to fit that length. Screw the 2x2 in place flush with the edges of the plywood pieces.

2. Measure the length between these 2x2s along the bottom and top edge of the plywood. Cut 2x2 to fit those spaces and screw into place.

3. Place the “front sections” on the floor right side up and attach the access door at the center seam with the two hinges.

4. Hold the solid back section and the two sides sections up in place and measure the distance between the framing at the top and again at the bottom. Cut 2 pieces of 2x2 to fit each space. Center one piece that you just cut at the top and another at the bottom back and secure the extra set to your front section.

6. You can place a safety heat lamb on the top of the tipi to provide extra warmth on those cold winters, early spring nights.  Print Instructions

Ever wander what type of hay to feed and what other feedstuffs you can use to supplement the forage you have?

This Slide Show by Jeff Semler of University of Maryland small ruminant program gives a general over view of commonly available feedstuffs for your sheep, goats and cattle:

An objective of the Spokane Area Sheep Producers Association (SASP) is to promote interest in the sheep industry by encouraging youth programs through the establishment of sheep production flocks, sound sheep youth projects, and providing education about all varieties and types of sheep production enterprises.

The SASP Outstanding Young Shepherd Award is based on demonstrated acquisition of knowledge and skills relevant to sheep, sheep farming and wool production and provides rewards and recognition for the individual youth shepherd.

 3) An individual may only win once in each age division.

(i.e. 4-H/FFA sheep project, lease or own a sheep, or work on a farm with sheep)

 Entry form along with a written essay and signed letter of reference must be postmarked by November 1st of the project year. Download Entry Form Now

 Completed entries are to be mailed to:

Winners will be announced at the SASP Annual Winter General